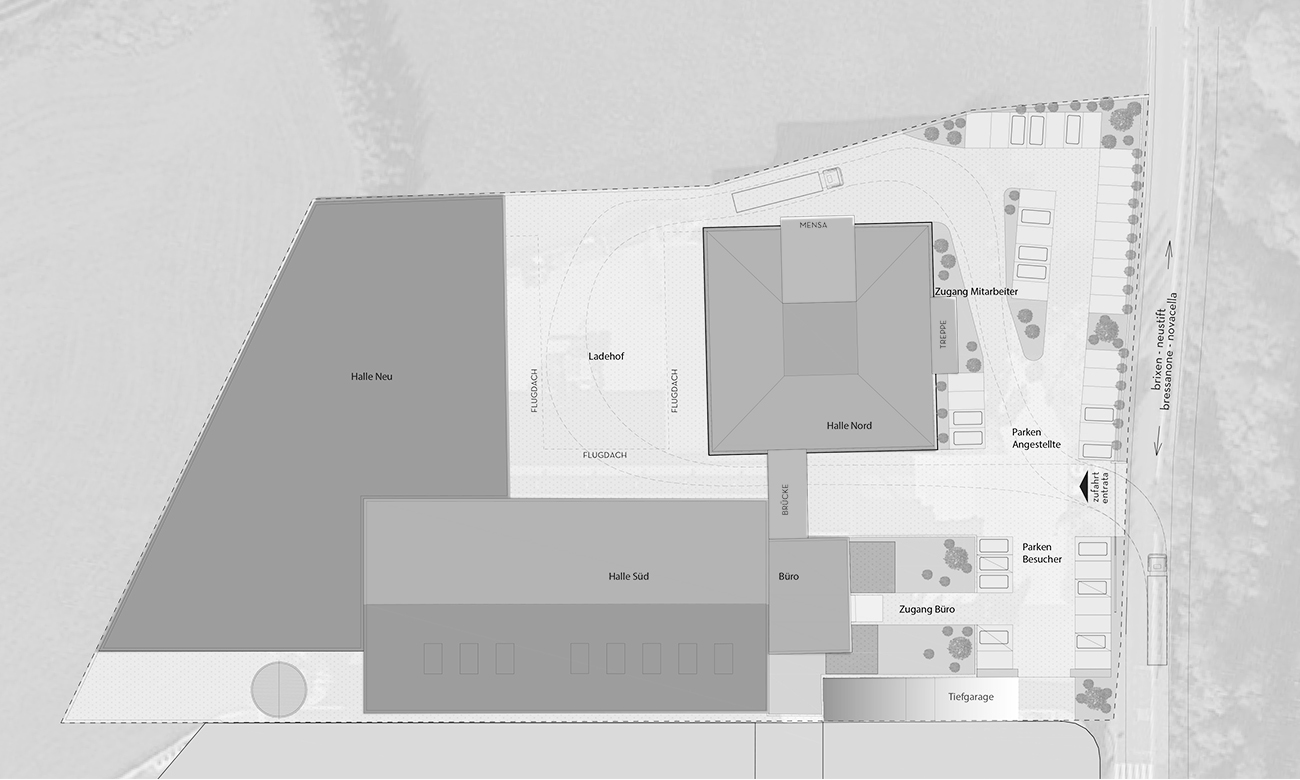 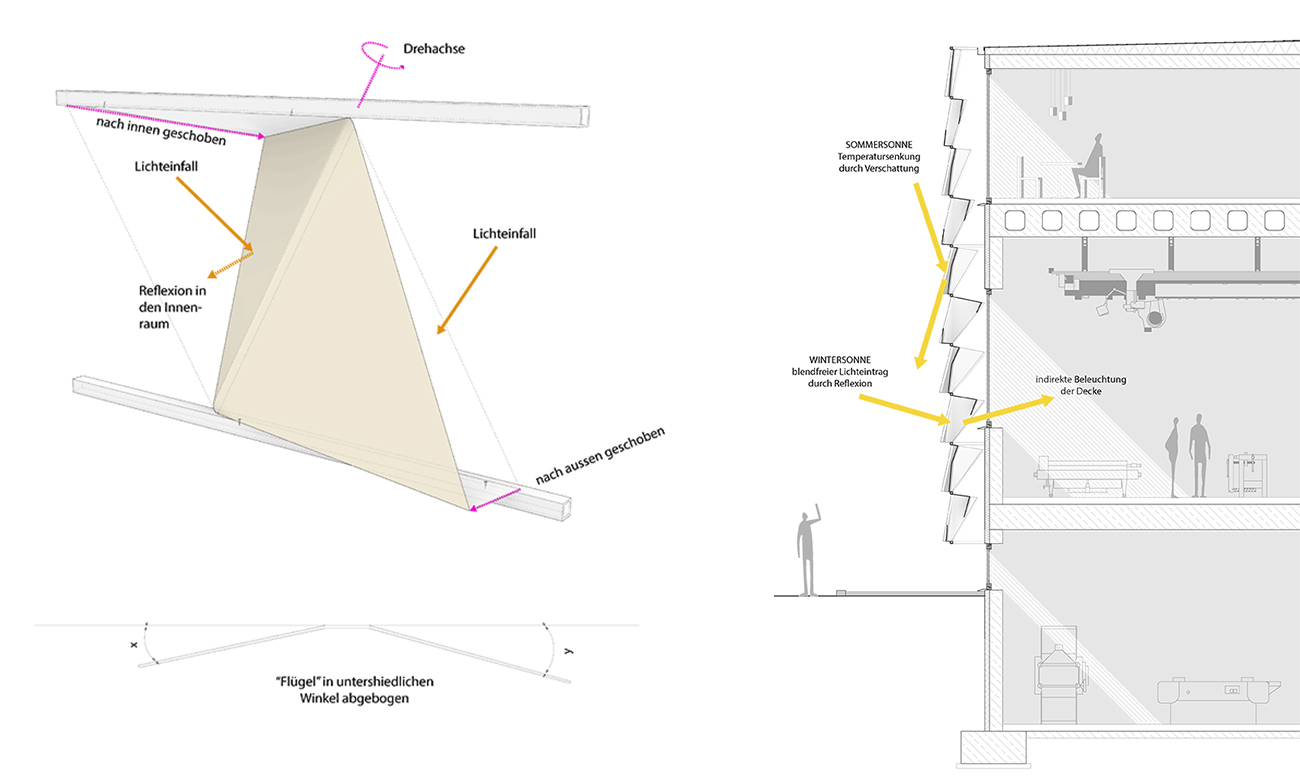 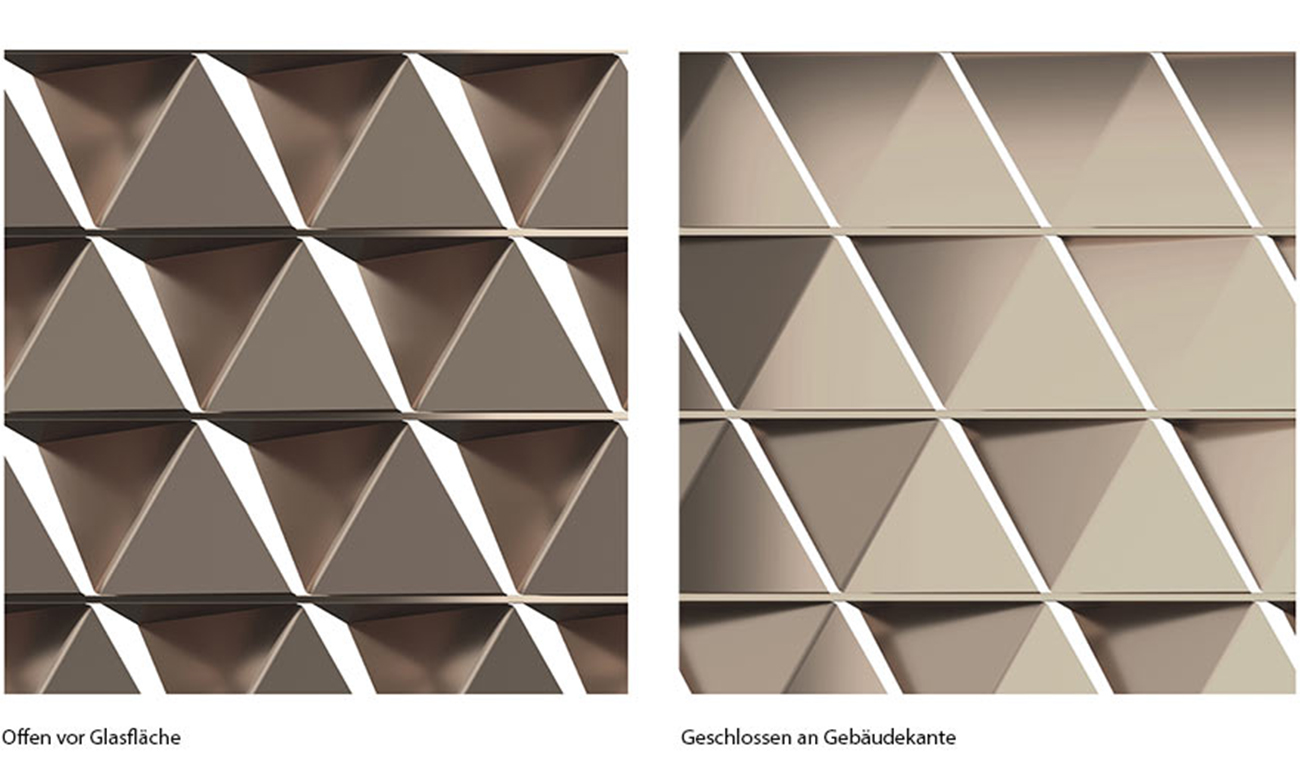 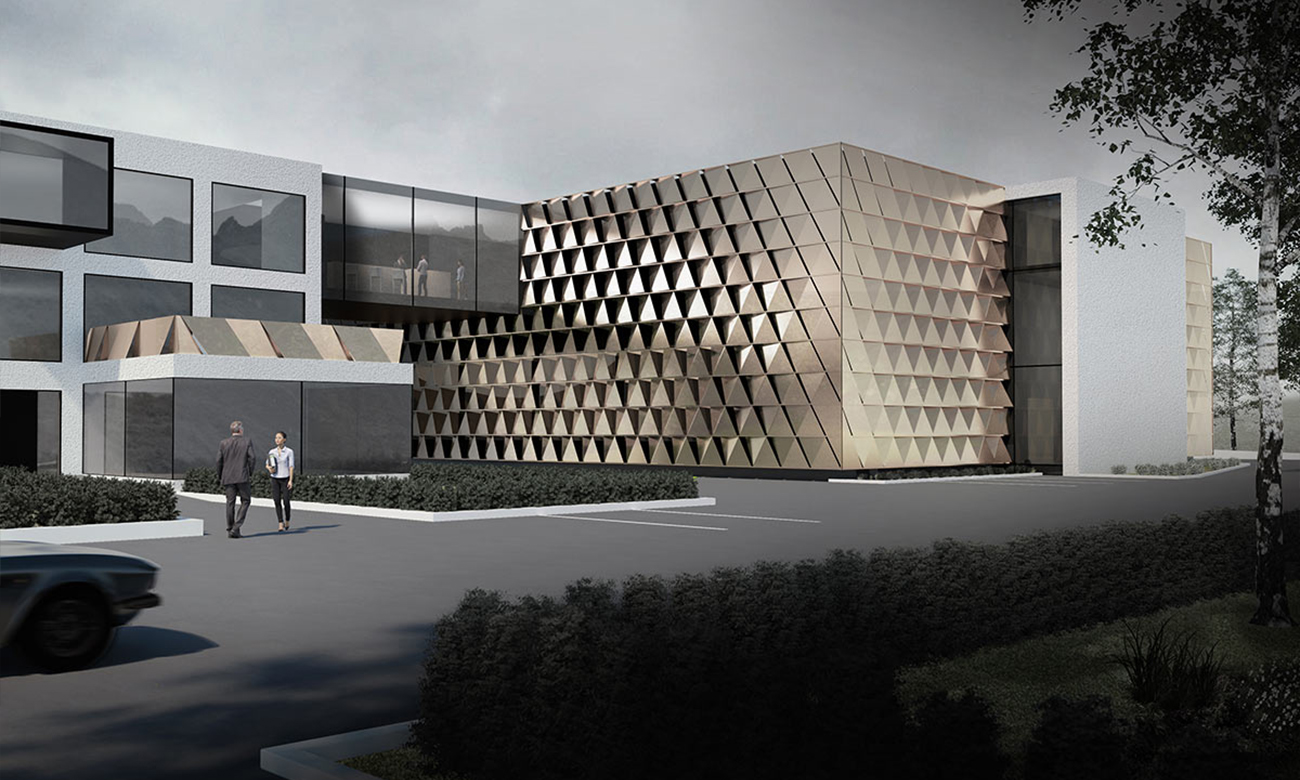 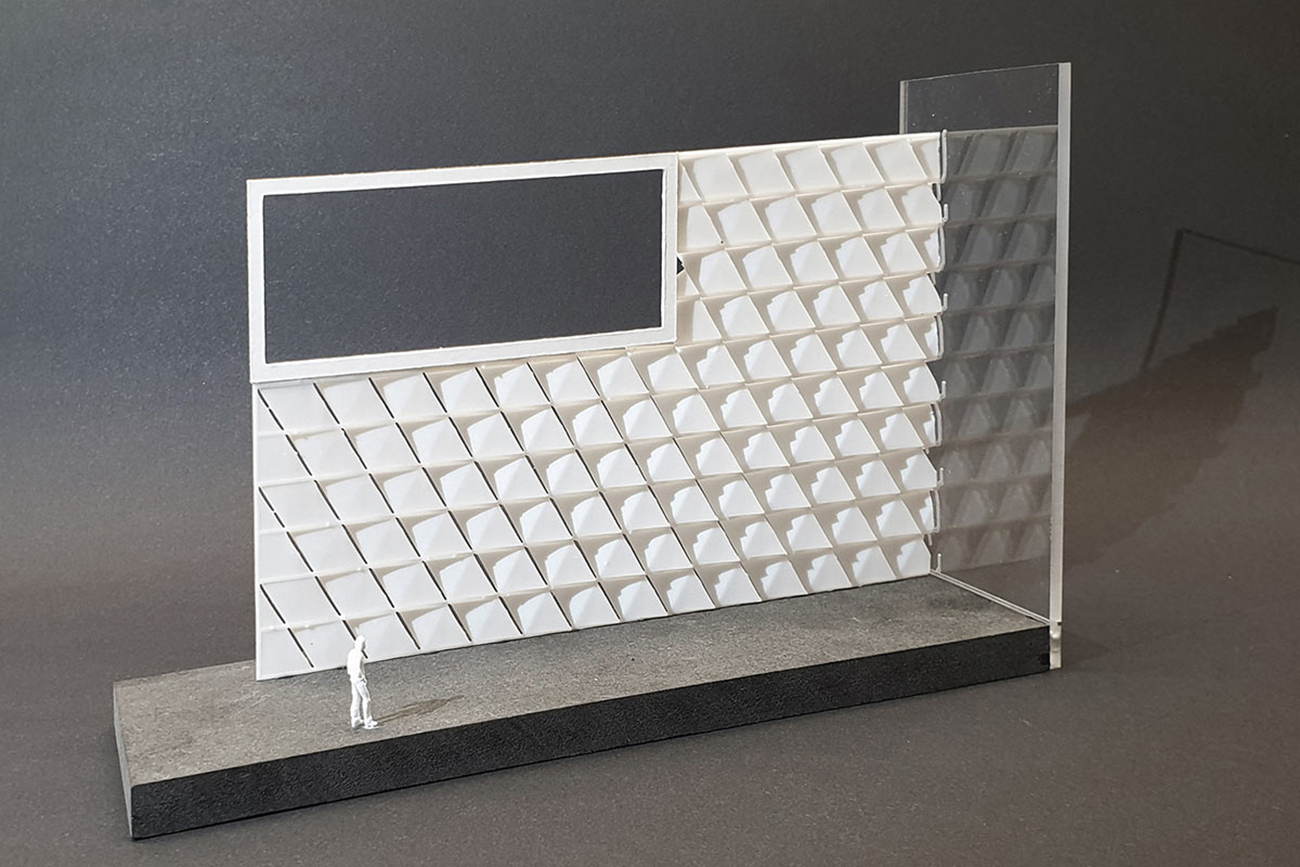 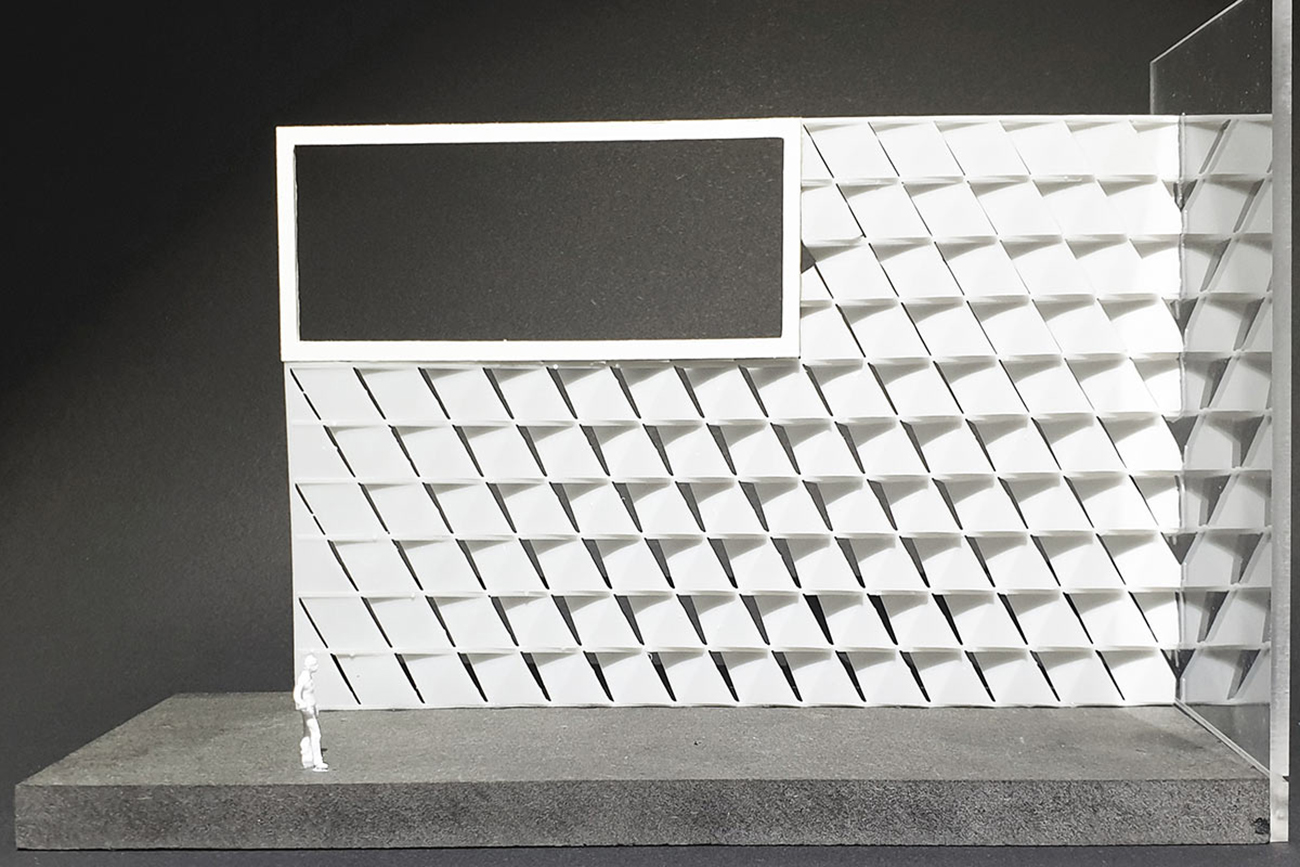 The competition planned an extension to the north and west. The intended extension will create a further building, which makes a uniform design of the group of buildings necessary. The aim of the design is to recognize the existing architectural language of the administration building, to incorporate it into the design, but to develop a new architectural language. It is obvious that the new façade should be a metal façade, which demonstrates the craftsmanship of the company, expresses elegance and contributes to reinforces the company profile. The design takes up the basic geometric shape of the balcony railing of the administration building – the rhombus. It envelops the existing building like a close-meshed net. Various folds were studied in various folding and shape studies so that the light is guided into the building in the best possible way, depending on the season and the position of the sun, and vice versa, protecting it from overheating. The existing staircase was subordinated as best as possible in the design and executed as a rough plaster surface, similar to the one of the administration building. This creates a familiar surface and creates a link with the existing building and its design language.

in collaboration with Unisono Architekten, Innsbruck